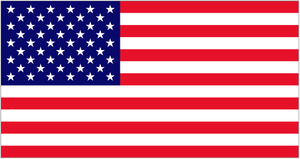 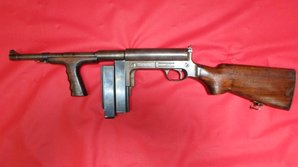 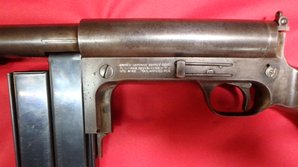 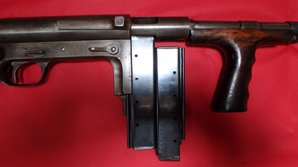 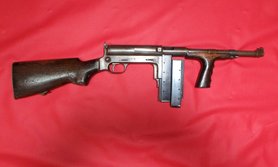 The United Defense M42, sometimes known as the Marlin for the company that did the actual manufacturing, was an American submachine gun used during World War II. It was produced from 1942 to 1943 by United Defense Supply Corp. for possible issue as a replacement for the Thompson submachine gun and was used by agents of the Office of Strategic Services (OSS).

The use of the 9 mm caliber allowed resistance forces to use captured ammunition in their weapons, eliminating the need for repeated re-supply drops. 15.000 pcs delivered. Cal. 9x19.