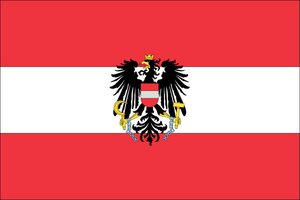 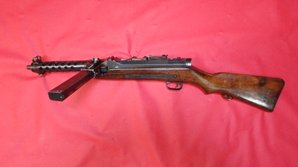 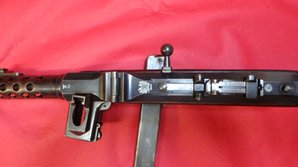 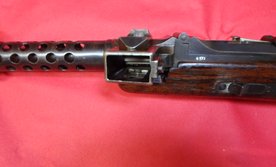 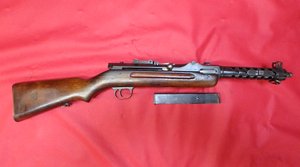 The MP34 (Maschinenpistole 34, literally "Machine Pistol 34") is a submachine gun (SMG) that was manufactured by Waffenfabrik Steyr as Steyr-Solothurn S1-100 and used by the Austrian Gendarmerie and subsequently by units of the German Army and the Waffen SS, in World War II. An exceptionally well-made weapon, it was used by some forces well into the 1970s.

In 1941 and 1942, larger numbers of 9mm MP34 guns were delivered to Portugal by Germany. In Portuguese service, the 9mm MP34 was known as the Pistola-metralhadora 9 mm m/942 Steyer. Many m/942 guns carry a Portuguese crest just forward of the safety mechanism in combination with Waffenamt (WaA) markings. The m/942 remained in service with Portuguese Army into the 1950s, and was used until the 1970s by paramilitary and security forces in Portugal's overseas African colonies during the Portuguese Colonial Wars. Cal. 9x19.