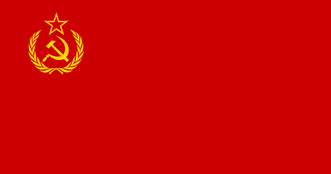 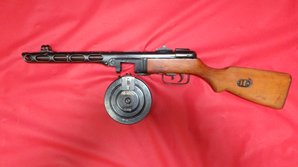 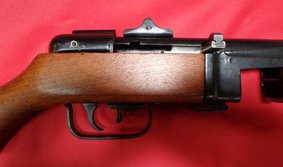 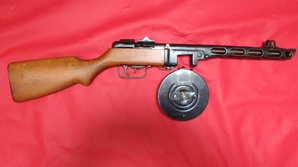 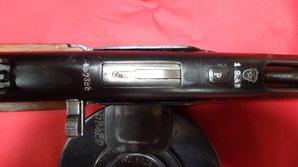 The PPSh-41 (Russian: Пистоле́т-пулемёт Шпа́гина, tr. Pistolét-pulemyót Shpágina, lit. 'Shpagin's machine pistol') is a Soviet submachine gun designed by Georgy Shpagin as a cheap, reliable, and simplified alternative to the PPD-40. A common Russian nickname for the weapon is "papasha" (папа́ша), meaning "daddy", and it was sometimes called the "burp gun" because of its high fire rate.

It was one of the major infantry weapons of the Soviet Armed Forces during World War II, with about six million PPSh-41s manufactured in this period, making it the most produced submachine gun of the war. this one made by the Vyatskie Polyany Factory. Cal. 7.62x25.